Okay, this Garden City copy was a rollercoaster to catalog. I was going to combine this with the nearly identical 1952 Garden City edition (which has no dust jacket), as I thought they were the same edition and that my old copy was just missing the jacket. The insides seemed identical! Page counts aligned and such. However, on closer inspection, I did find three key differences between them and so I’m calling these two separate editions as a result.

Very interesting that two editions can be from the same year, look nearly identical, but have such differences! I wonder why…

This edition was donated by Bill Cloutier. Thank you! 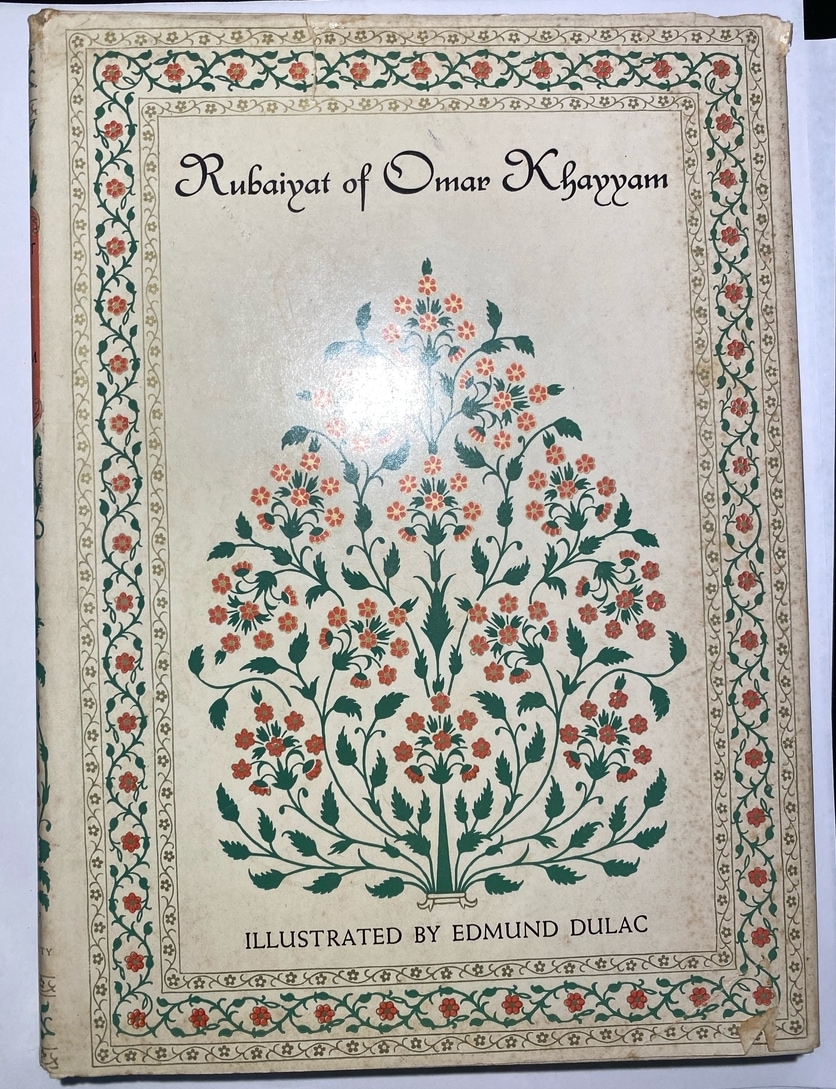 The jacket flap feels new with how shiny it is. The covers has rich colors to its designs. It’s pretty much the same as the other 1952 Garden City copy from what I can tell (besides the aforementioned aspects). 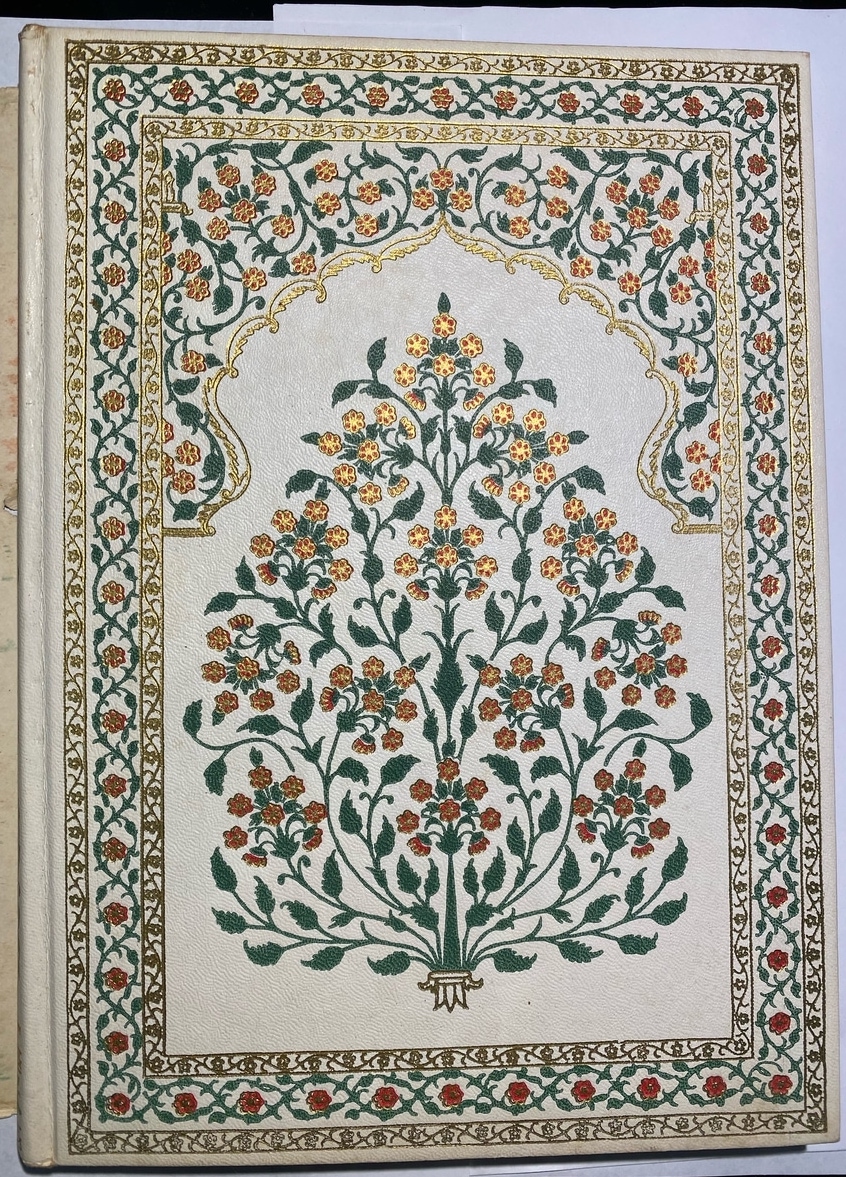 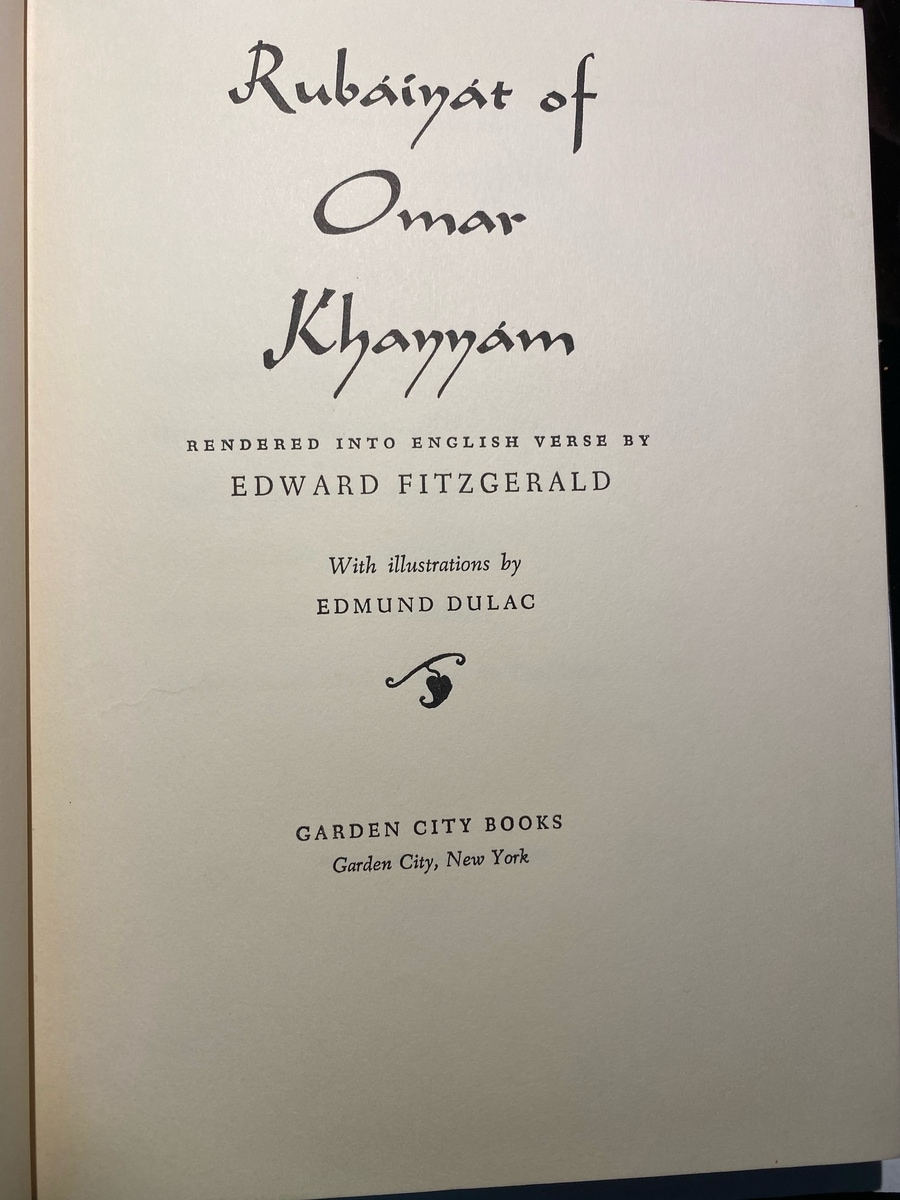 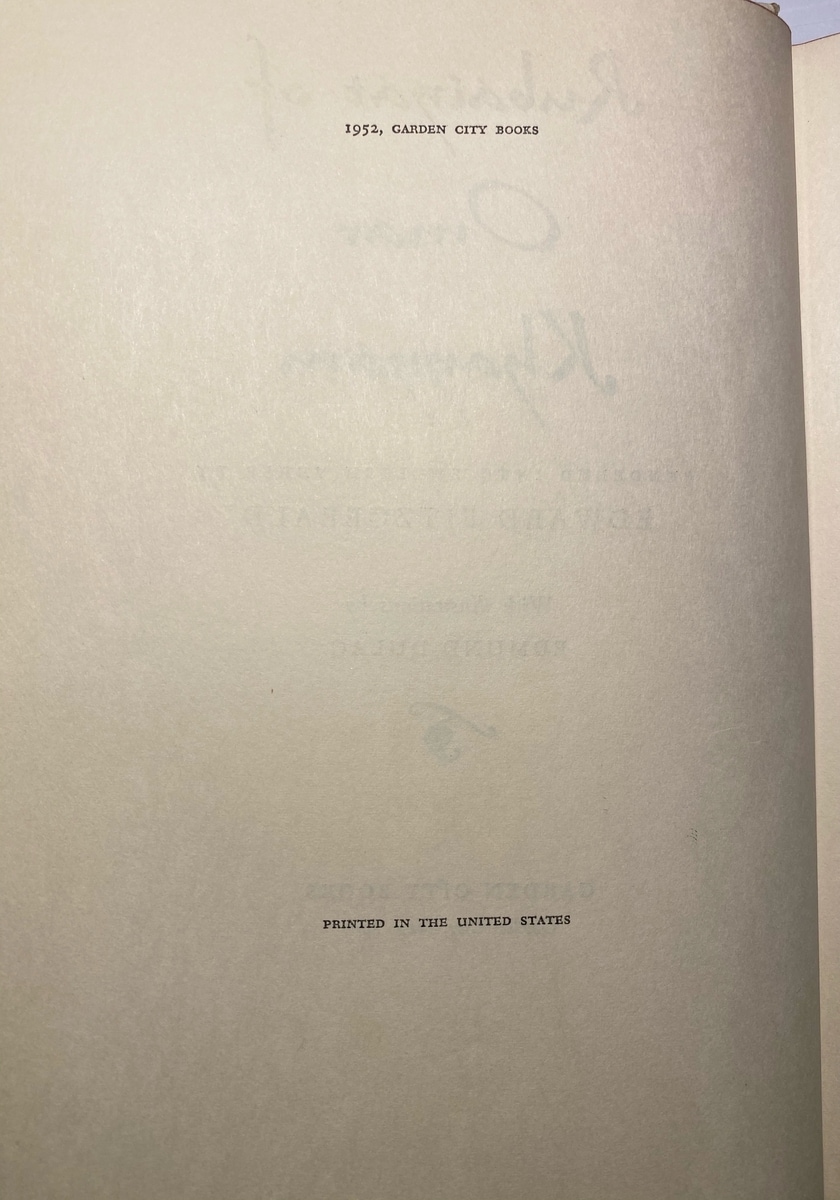 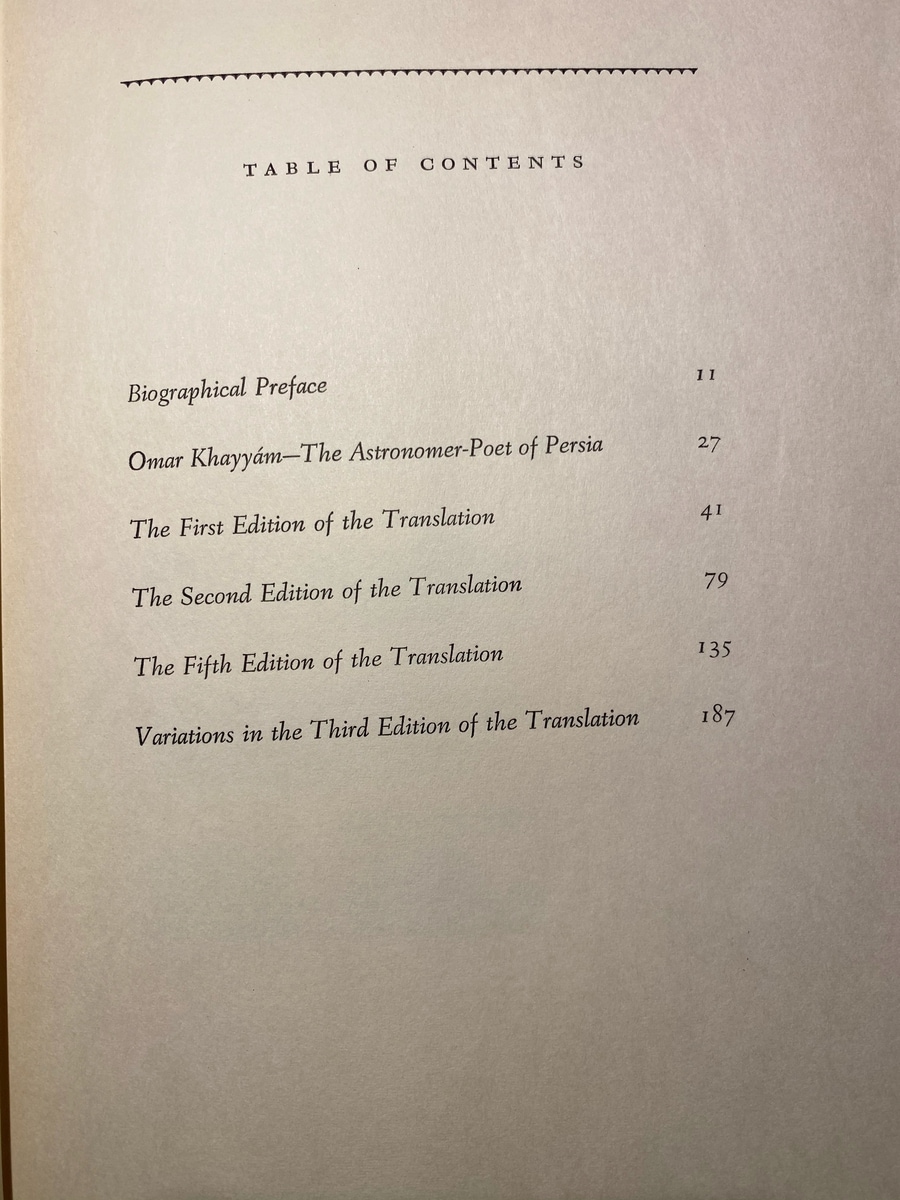 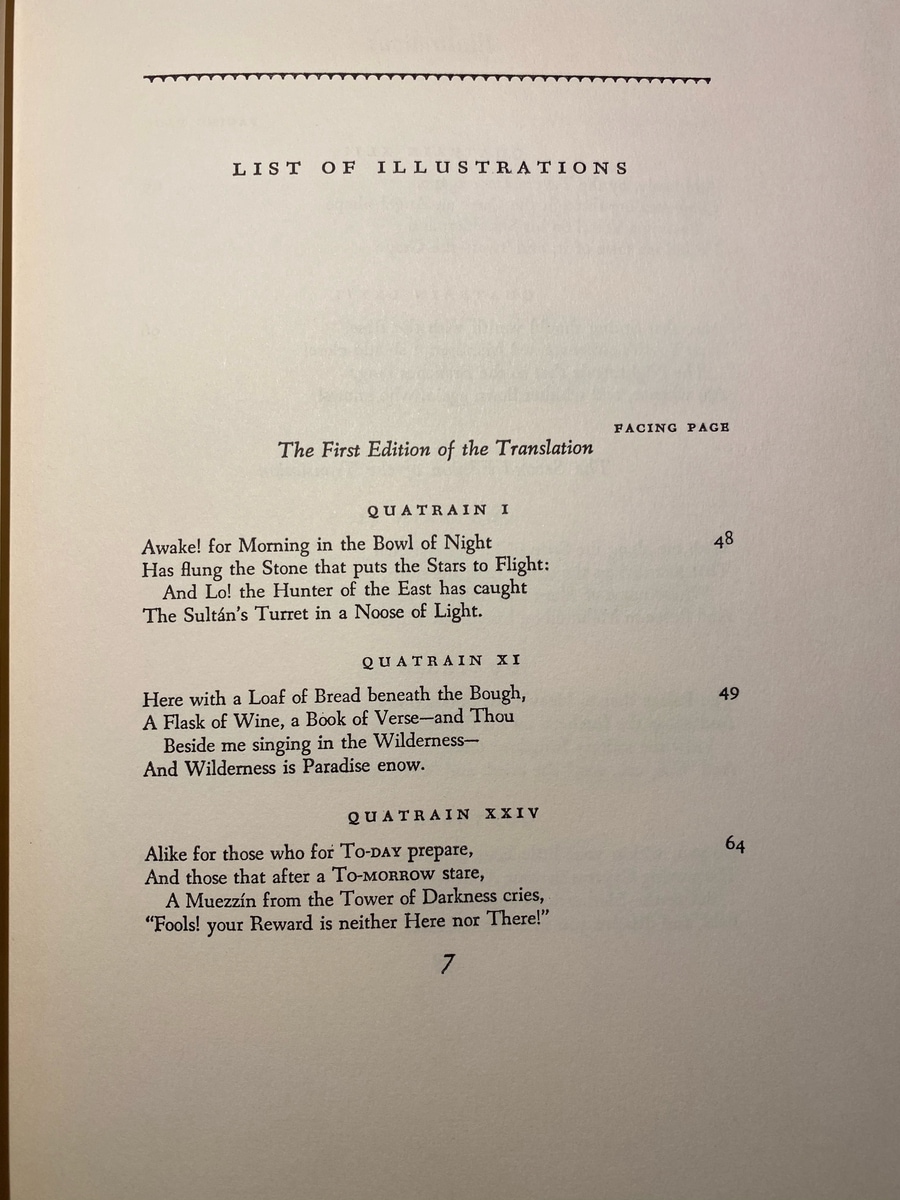 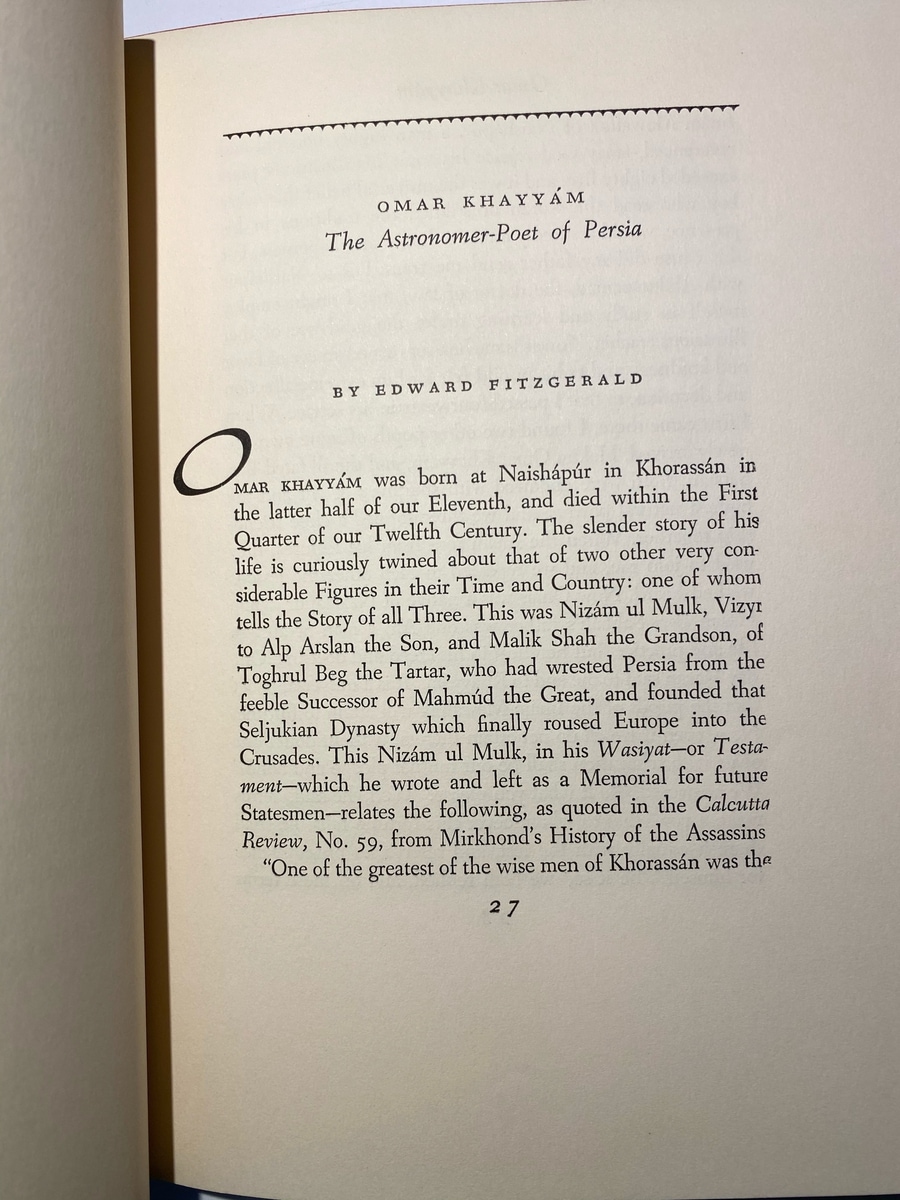 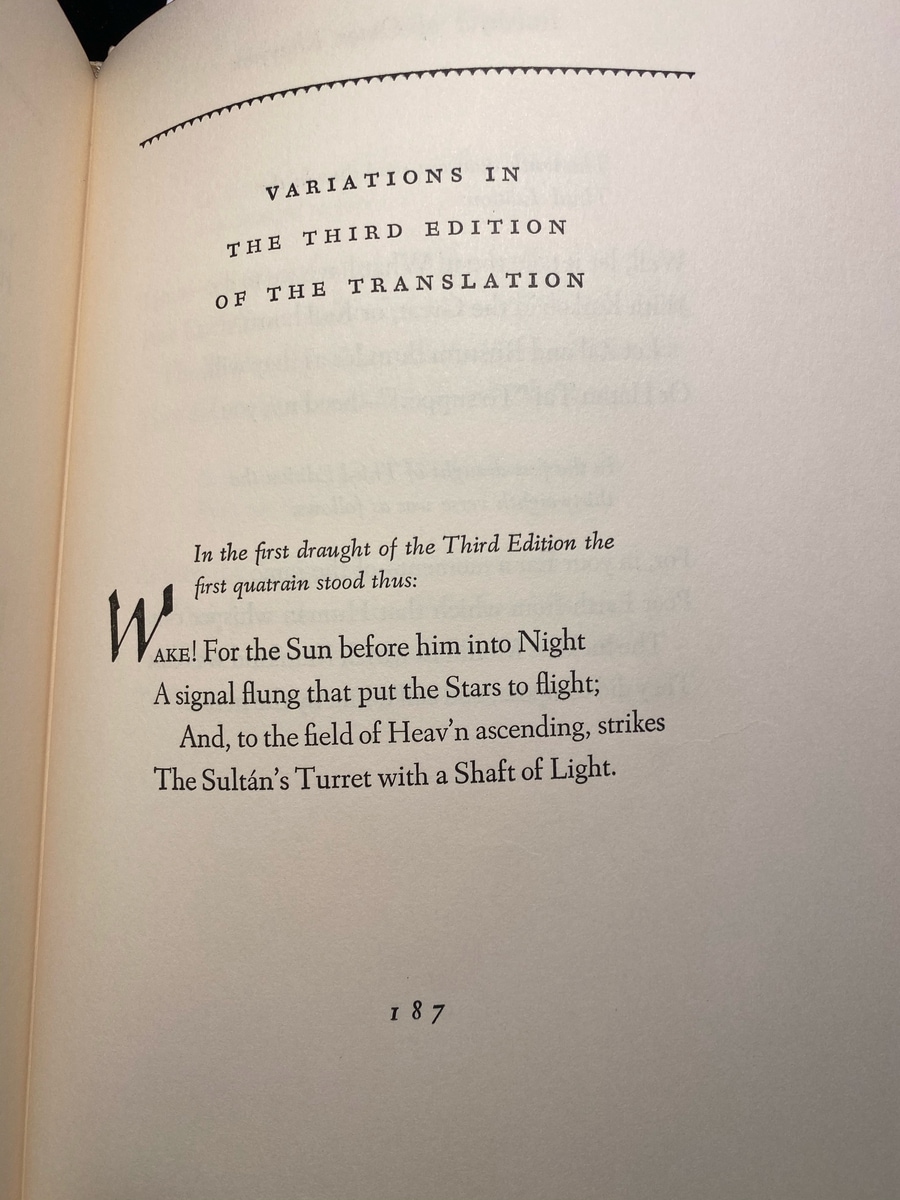 Variations in the Third Edition 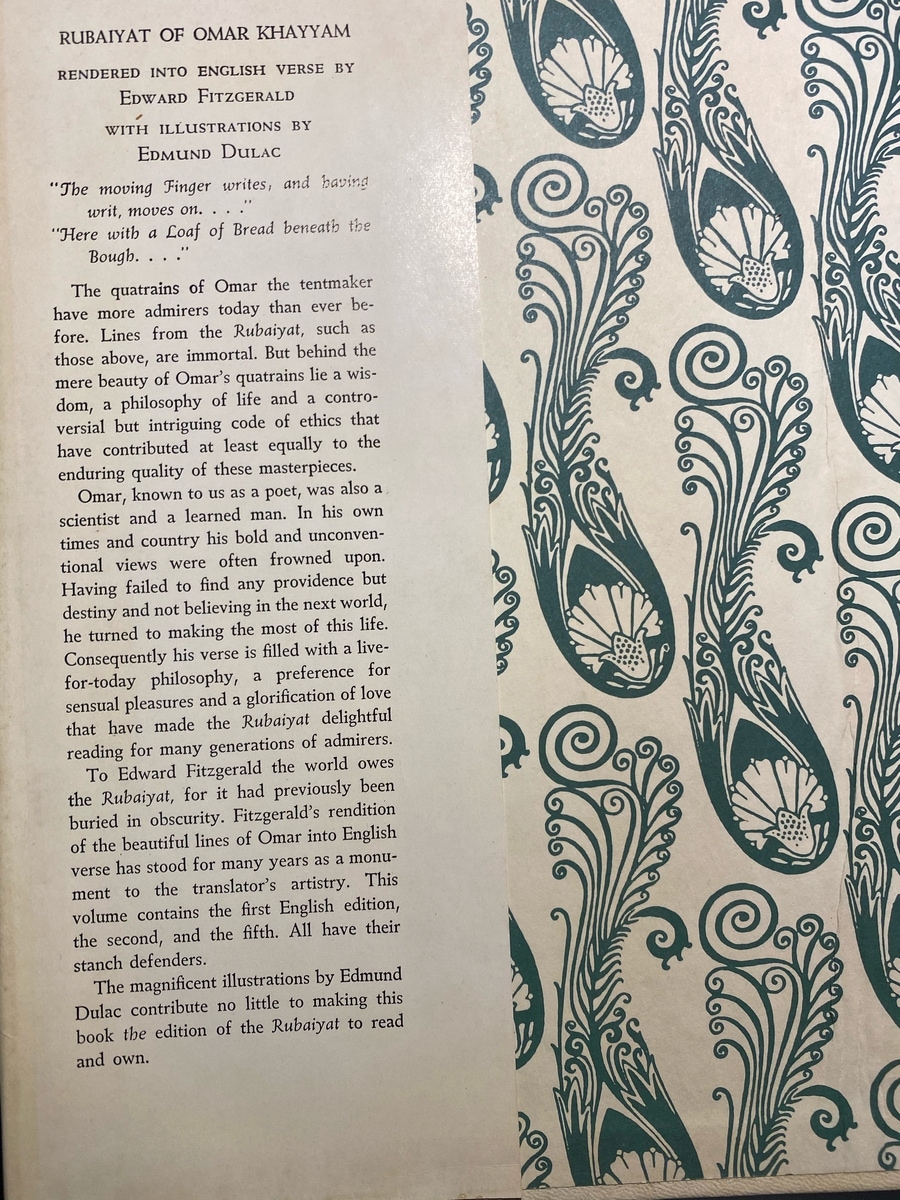 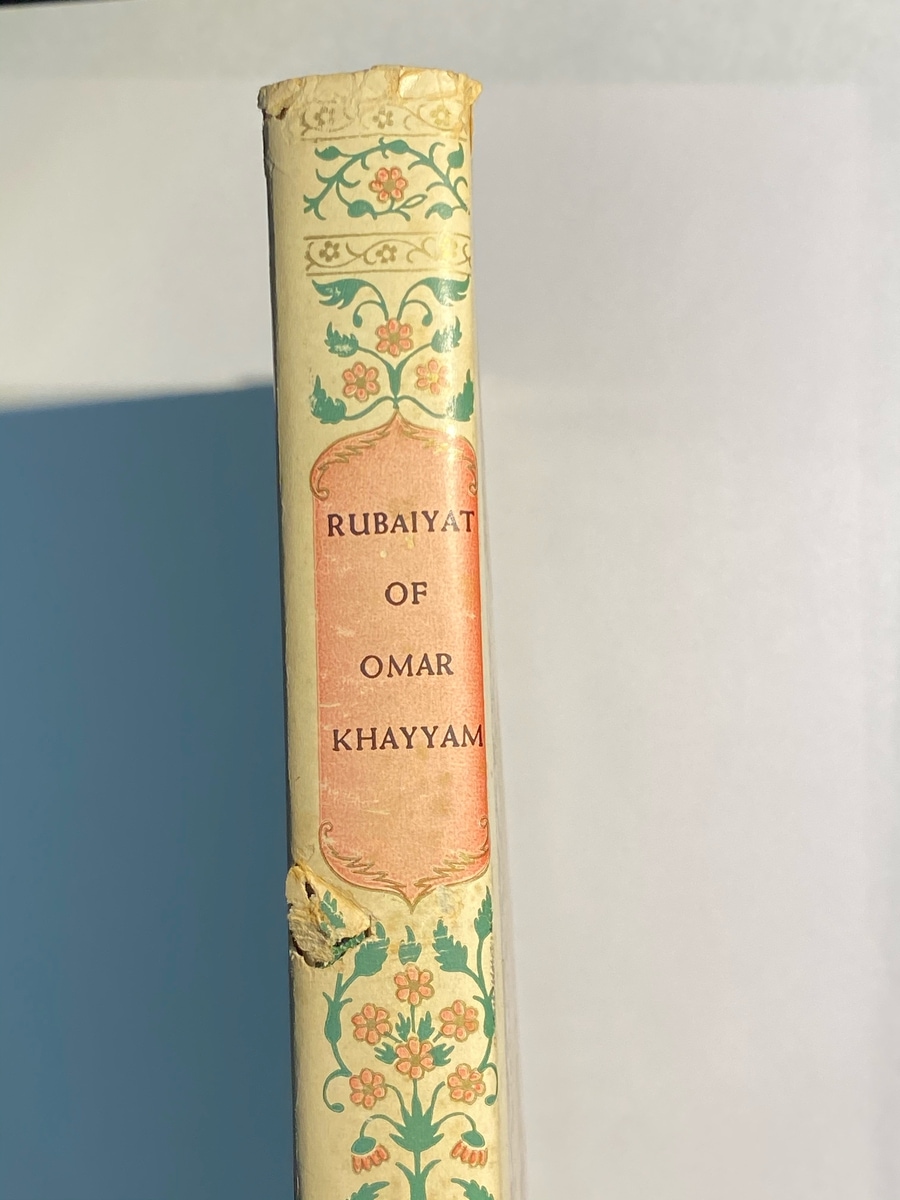 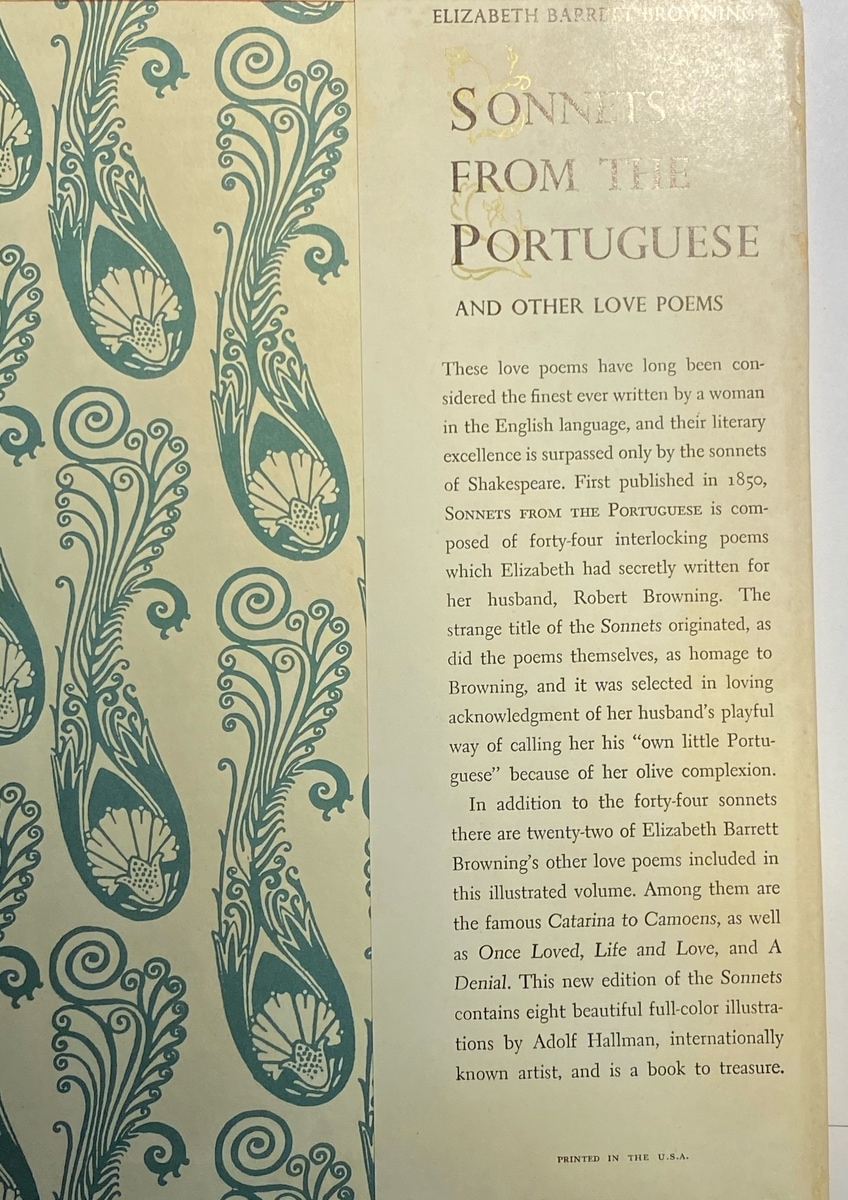 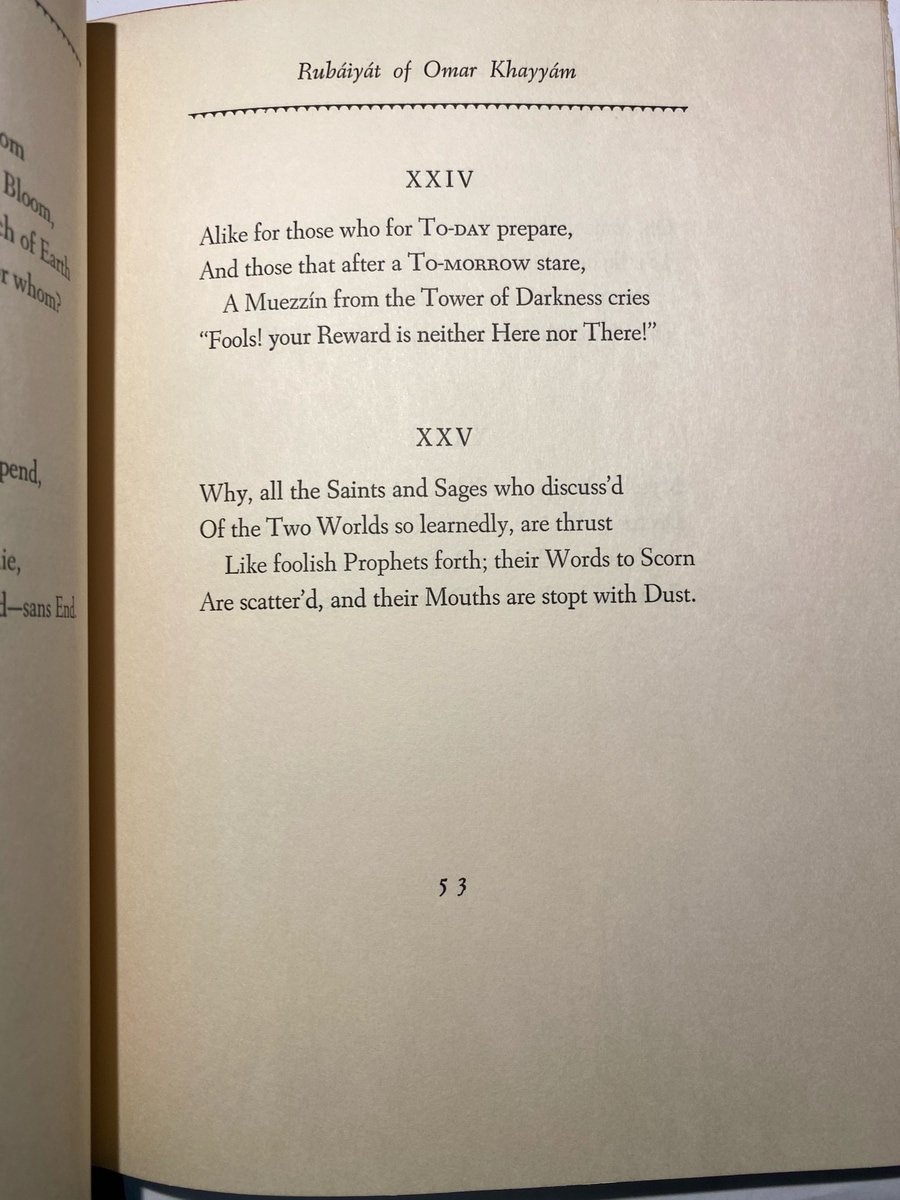 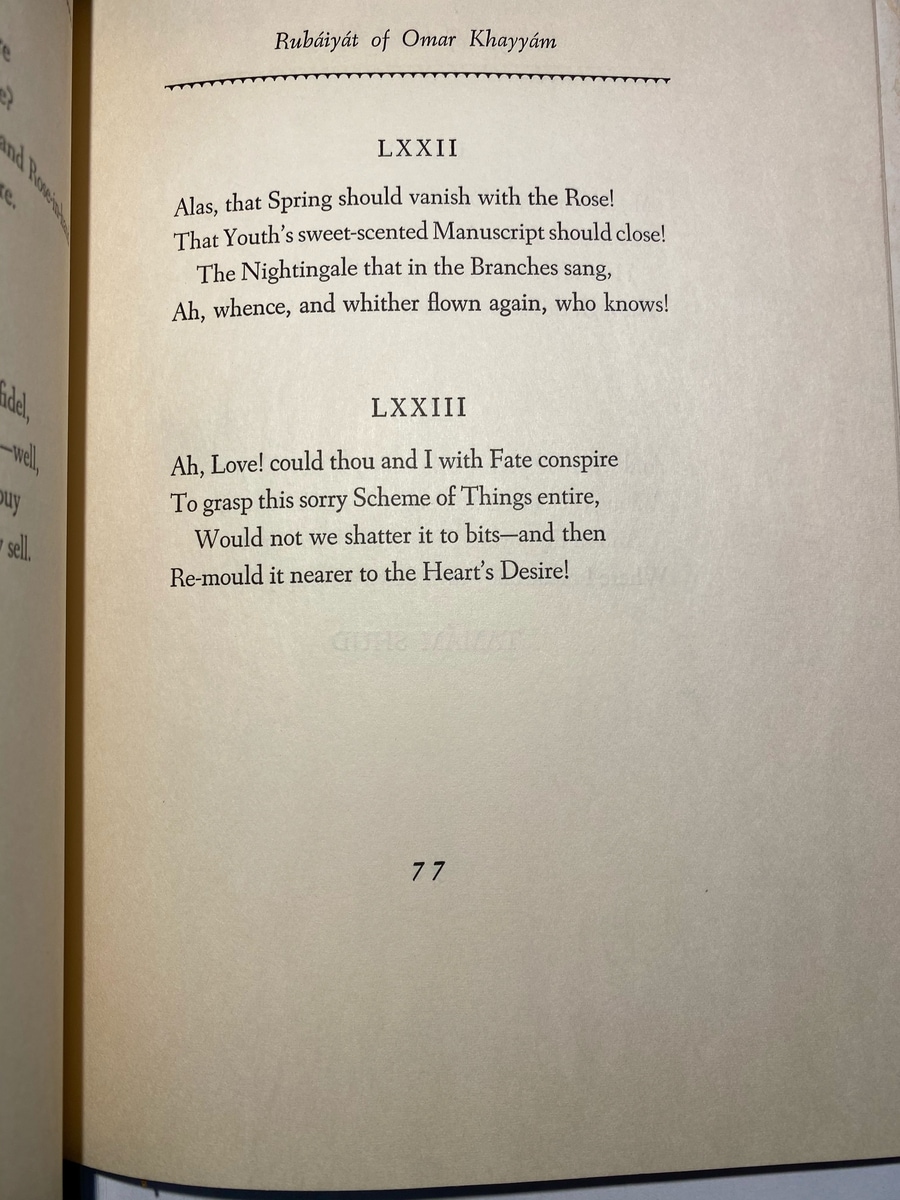 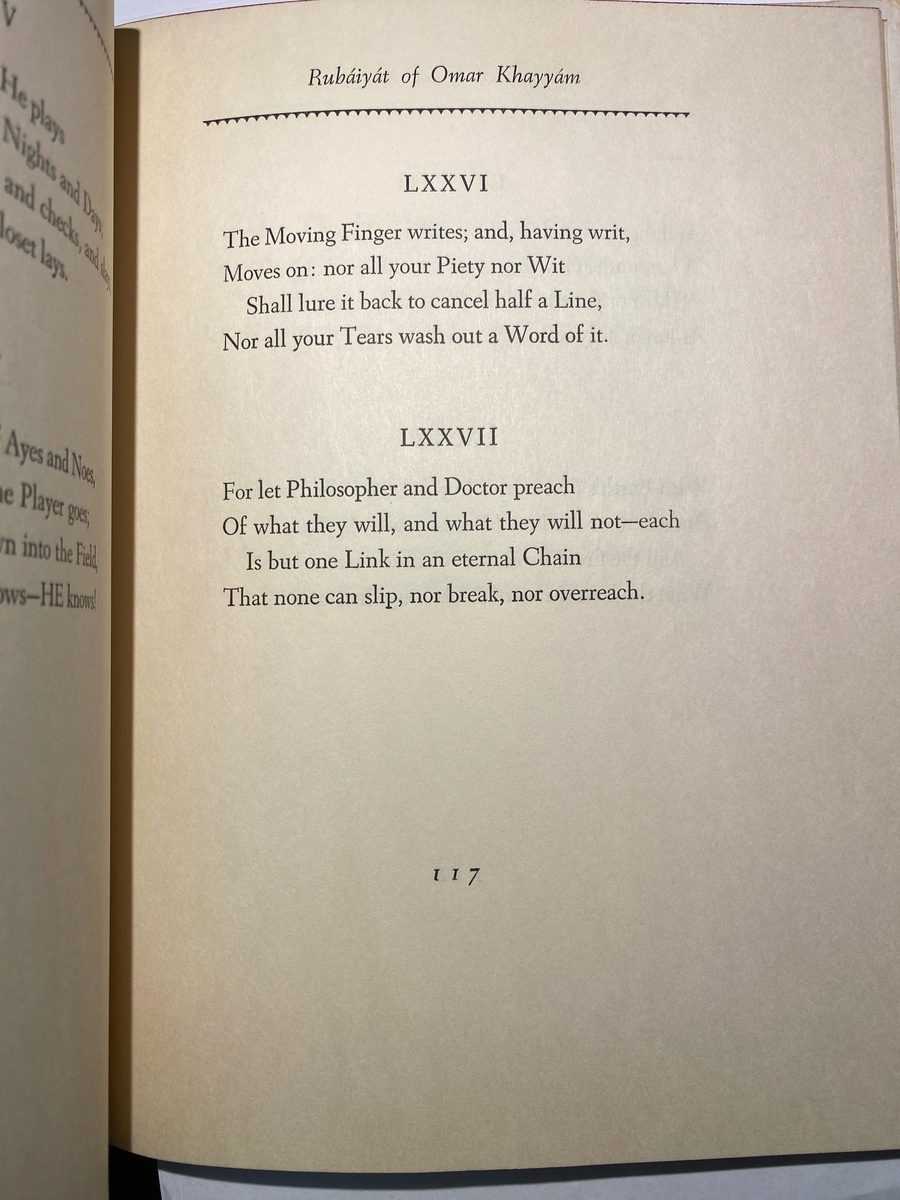 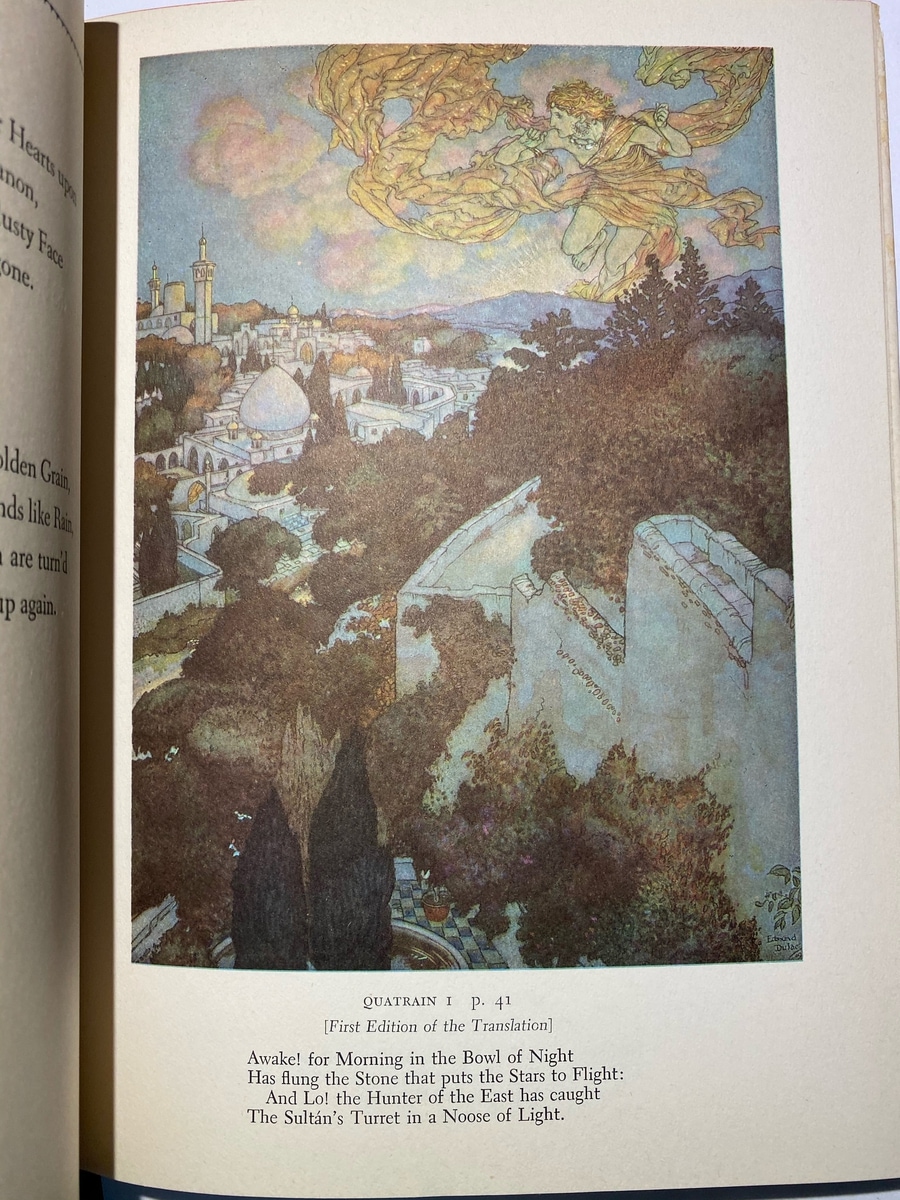 Art of a palace 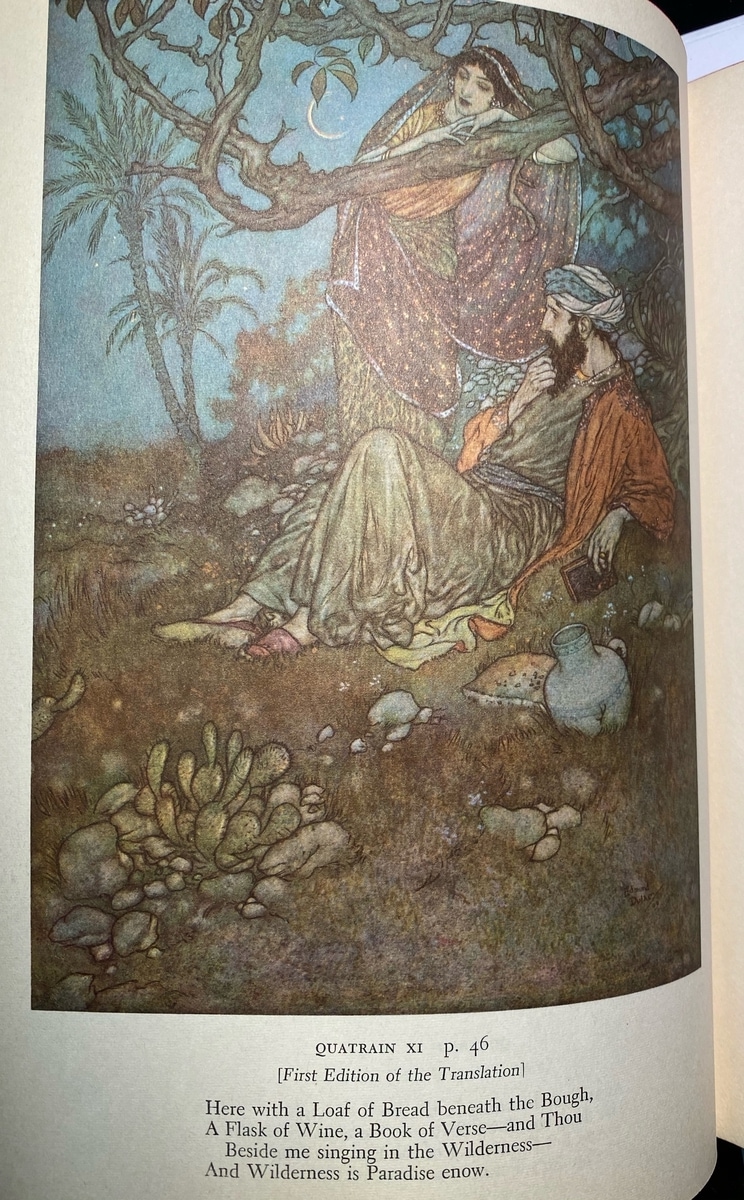 Art of pair in the wilderness 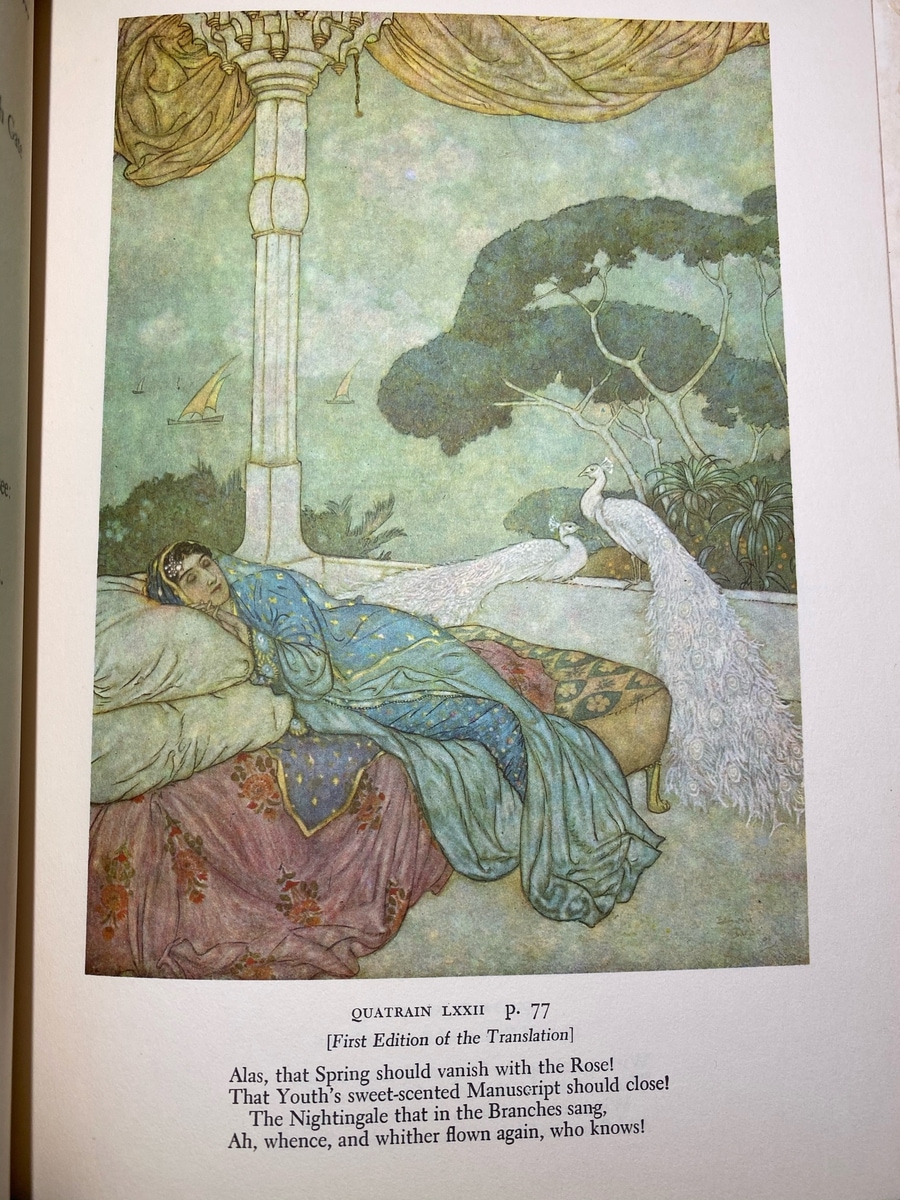 Art of woman and birds

This edition was contributed by Bill Cloutier. Thank you!